In 2008 I started a personal productivity project called Done!. Done! was a simple yet powerful tool for managing your tasks, designed to be configurable and flexible. Ultimately work and graduate school interfered and I shelved Done! before it was ready for release. Regardless, it was a feature rich project.

For example, if you like to organize tasks for a project into trees, Done! provided an edit mode with support for hierarchical task lists: 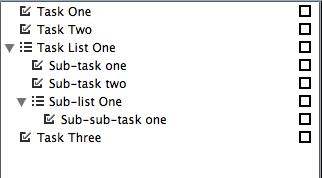 Or flat lists in hierarchical projects: 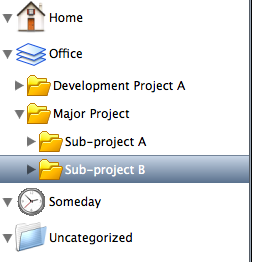 Both modes supported extensive drag and drop to allow re-organizing of tasks and projects.

There was also a work mode with a single working list computed from other your full task tree: 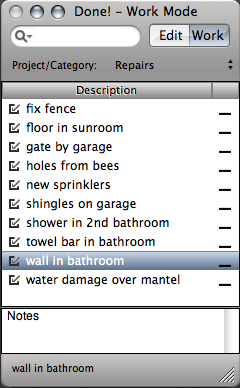 Done! supported contexts, tags, colors, priorities and importance settings in a way that allowed you to hide or show them depending on your preferred system.

mac cocoa ux objective-c lua design
Back to "about me"